The initial results of the second round of French Departmental elections confirm that this evening the right will carry the majority in many of our départements. For the first time, National Front candidates have also been elected to a number of seats on Departmental Councils. The people living in these Departments have hard days ahead, as attacks on policies for social solidarity, welfare and education, as well as public services and cultural action will certainly intensify.

I want to assure citizens living in these areas that they can count on Communists and members of the party who have been elected to office to stand by their side in the difficult struggles to come. The Communist Party has worked tirelessly to prevent the right and far right from obtaining so many seats. In the first round, we called for united tickets on the left with candidates from the Left Front as well other forces; we obtained 9.4% of the vote. In the second round, we made a clear appeal for an overall mobilisation to block the right and the far right. Hundreds of candidates from the left could not have won if the Communists had not worked to bring the forces of the left together.

These newly elected Councillors will be working in a situation of gender parity, which is the only real progress that this election has brought forth. Many Communist and Left Front candidates, although their total number has decreased, were elected this evening, which confirms the role of the French Communist Party in the nation's political life. Despite the forecasts, the Val de Marne will likely maintain a Communist president and the results were very close in the Allier.

All Communist Departmental Councillors are ready to assume their responsibilities to work for greater justice and equality. The Socialist Party has suffered a stinging defeat, losing many Departments. Voters have once again expressed their rejection of the current government's policies and the absence of any positive policy results. François Hollande and Manuel Valls bear great responsibility for the return of the right wing in a majority of French Departments. During the many events and meetings organised by Communist activists around France, we observed the mistrust and dismay felt by millions of French people who, faced with the adversity of daily life, feel betrayed. The worst thing that could happen in France now would be for our leaders to turn a deaf ear to this clarion call for a change of political course. Communists will never accept this.

Right-wing majorities in the Departments and National Front Councillors, capable of developing a dangerous collusion, will attack public policies and thus set citizens against one another, fuel racist tensions and conflicts between communities and generations. Their purpose is to distract the people from looking into the real reasons behind the crisis: the politics of austerity, shareholders and finance. I call on all citizens to remain vigilant, to strive for unity and united action in the defence of public services and social solidarity. We can foil the "tripartite" plot. This type of three-way race is deadly for the left and suggests that the only choice for the working classes is abstention or the National Front; this leaves no room for political alternatives to austerity that include notions of social welfare and solidarity. We refuse these manipulations categorically. Following this election, there is now nothing more urgent than to build our movement of resistance, take action every day, make solidarity a reality, further the political debate, find new solutions on the left that respond to the aspirations of all people and citizens.

I call on all citizens, political and social forces who are willing to build an alternative movement on the left with a broad popular base to create a majority that will offer new hope to the people. Communists and other members of the Left Front, environmental parties and Socialists reject today's political impasse; activists from the Nouvelle Donne Party, citizens, trade unionists, activists for all causes … must come together to foster this new hope. We have been working ceaselessly towards this goal for months. This is not merely wishful thinking, I am sure. Recent months have seen many such examples of unity. United forces are already at work in Chantiers d'espoir ("Building Hope") meetings around the country and in preparations for the European Alternatives Forum. The "Macron Law" (a package of neo-liberal economic measures) will be before the Senate on April 7th, and there will be a joint trade unions mobilisation on April 9th – two opportunities to demonstrate resistance. More initiatives will be required. With fellow Communists, I will work actively to make change happen. 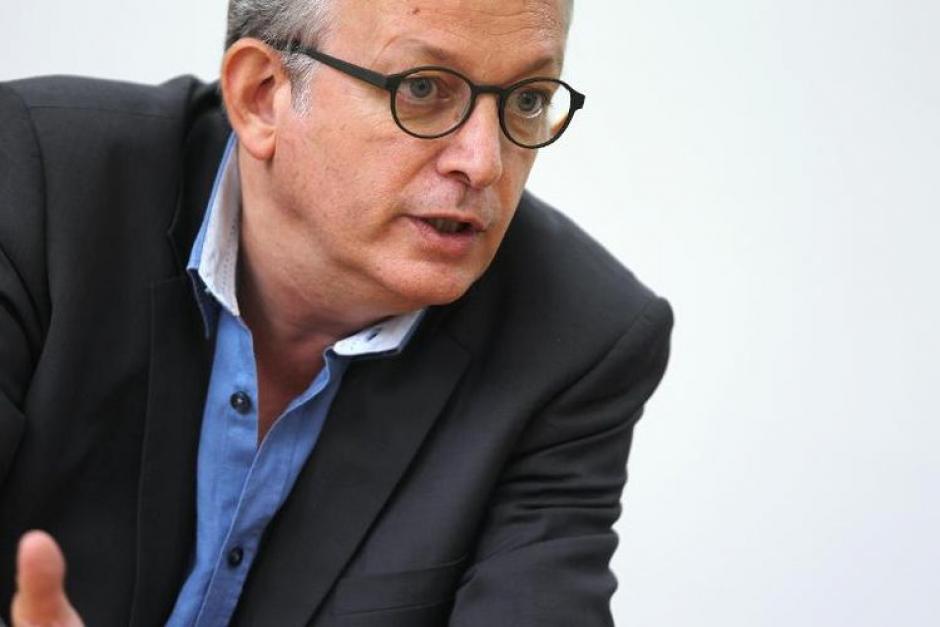