March 20th and 21st : Why all forms of racism must be eliminated (#PCF)

March 20th and 21st : Why all forms of racism must be eliminated (PCF)

The French Communist Party is launching an appeal to dedicate March 20th and 21st to a popular, citizens’ movement expressing our shared commitment to the Republic for all and our determination to eradicate all forms of racism, discrimination and xenophobia, which poison the lives of our citizens and divide French society.

The number of anti-Semitic incidents has doubled over the past year. The number of Islamophobic incidents in just one month was as high as the total number for 2014. Racism, anti-Semitism, Islamophobia and xenophobia create venomous divisions among people. They mask the true causes of the crisis and are used by reactionary and far right forces in their anti-republican schemes.

Ordinary hatred is growing. After the attacks in Paris on January 7th 2015, National Front leader Marine Le Pen called for "freeing speech", so that incitement to hatred would no longer be an opinion-related offence, but merely an opinion. This is a serious matter and the danger is great.

Hatemongers are shameless: one need look no farther than the repugnant comments made by far right candidates on social media.

And yet there are no criminal penalties that compensate for harm suffered. The National Consultative Commission on Human Rights has issued warnings on intolerance of "Arab Muslims" and Roma populations for the past 6 years, without any reaction from the successive governments; in fact the Valls-Hollande administration pursued repressive policies against migrants.

If people feel free to express wrongful opinions, they have many examples in high places: ministers and politicians make use of hateful sentiment to foster confusion and stigmatisation. They bear significant responsibility!

Feeding on the frustration, suffering, inequality and anguish that the current social crisis incites, racism, in all its forms, is threatening our capacity to live united in a Republic where the values of liberty, equality and fraternity, of secularism and solidarity are more necessary than ever.

Racism is the intolerable instrument of economic and social domination that divides those who should unite; thus focus is diverted from the true causes of the crisis, from neo-liberal policies and large capitalist groups.

Equality in an undivided Republic requires public policy that calls for investment in urban neighbourhoods and rural areas to spur development, to serve youth with programmes for training and employment. Public policies must ensure that all citizens in all parts of the country have equal access to schooling, housing, health care, culture; they should target purchasing power stimulation, job creation, re-industrialisation, and true gender equality.

It is urgent that we push back "ordinary racism", which abases, humiliates and de-humanises its victims. We must open a national debate on the types of racism that plague our society so that we can fight them better, as a single phenomenon, with no hierarchy of odium.

It is urgent that we bring an end to discrimination by fighting for equality.

It is urgent that we reconnect with the true meaning of secularism, the principle that enables us to live together in harmony.

We call on all citizens to unite and demonstrate over these two days to join our demand for equality and to demand: 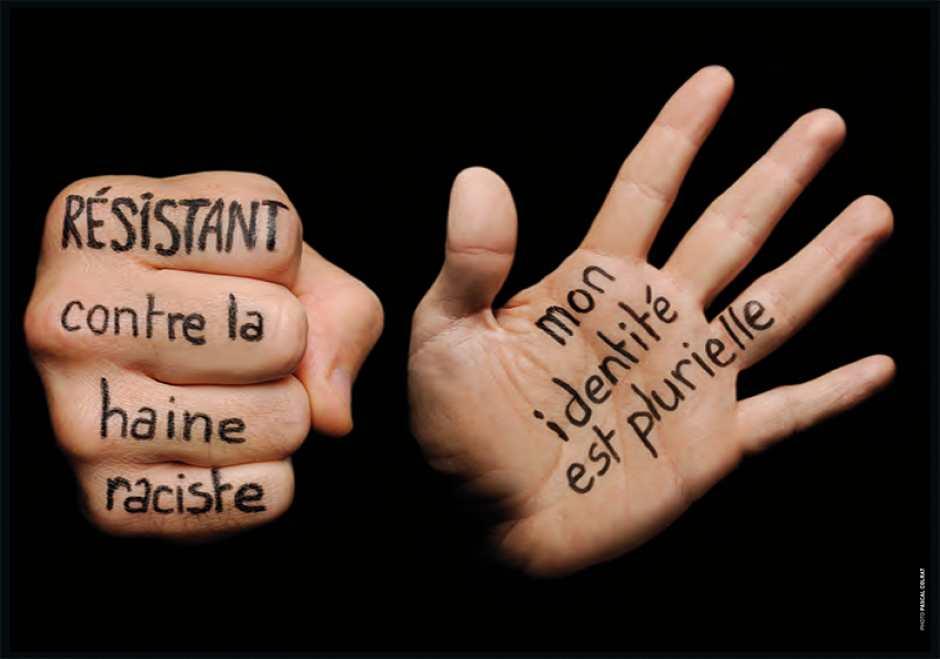